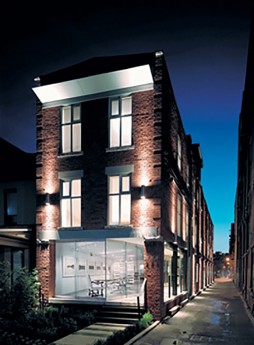 Bousfields was retained by a private homeowner regarding renovations at 298 Markham Street. The unique small three-storey brick industrial building, dating from the early 20th Century, is located directly south of the College Street mixed-use corridor. The owners had renovated the building into a mixture of studio space and live-work units, and wished to construct a partial fourth storey containing an additional residential unit.

The application had been turned down by the Committee of Adjustment. Bousfields was retained to provide planning and urban design evidence at the Ontario Municipal Board. The evidence demonstrated that the built form impacts of the proposed expansion were limited and appropriate for the site’s context. The Board accepted the evidence and the application was approved.

Images courtesy of The Element Group