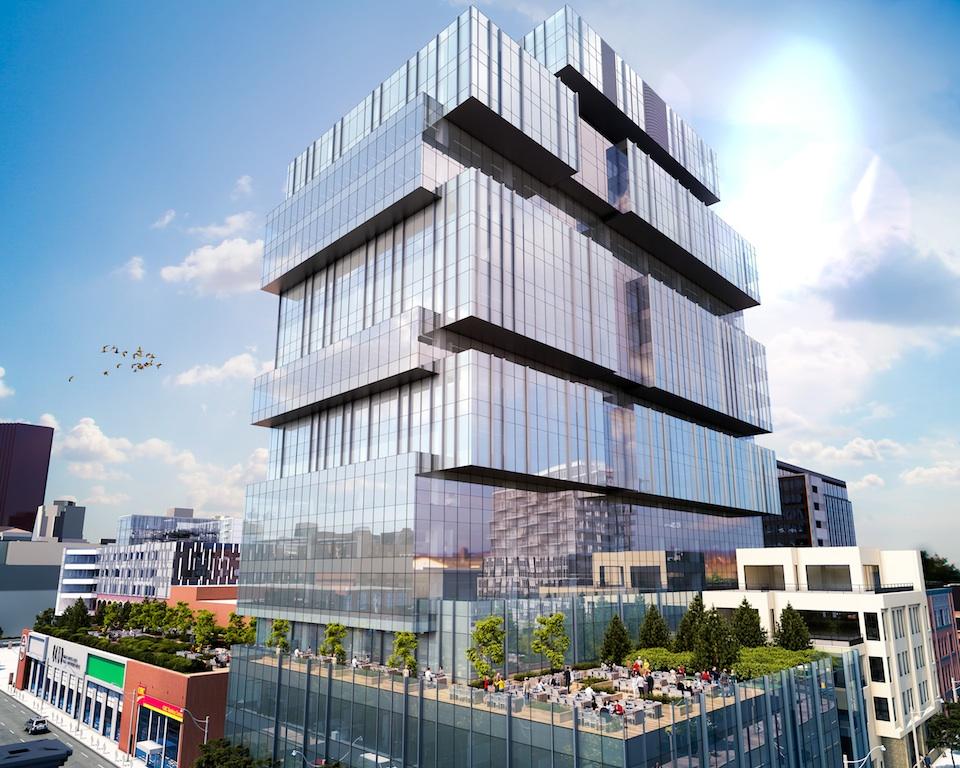 Bousfields was retained by First Gulf to provide the planning services relating to the redevelopment of a portion of the City block encompassing the Toronto Sun offices and former Toronto Sun printing presses, located in the King-Parliament area of downtown Toronto. The proposal includes a new 17-storey office building as well as zoning permissions for a second 12 storey office tower.

The project would develop the site in a manner which compliments and is compatible with the heritage and neighbourhood character, and animates the streetscape with major improvements of the promenade frontages of King Street East and Front Street East. The majority of heights on the block will be restricted to existing heights while strategically allowing taller elements in the locations of existing surface parking areas.

Bousfields is responsible for preparing a Planning and Urban Design Rationale as well as the supporting development applications, draft zoning by-law and project management relating to obtaining rezoning and site plan approval for the project. The project has entailed aspects including planning policy, urban design guidelines, project management and involvement with the City of Toronto’s Design Review Panel. The rezoning has been approved by Council and the site plan application is currently under review.