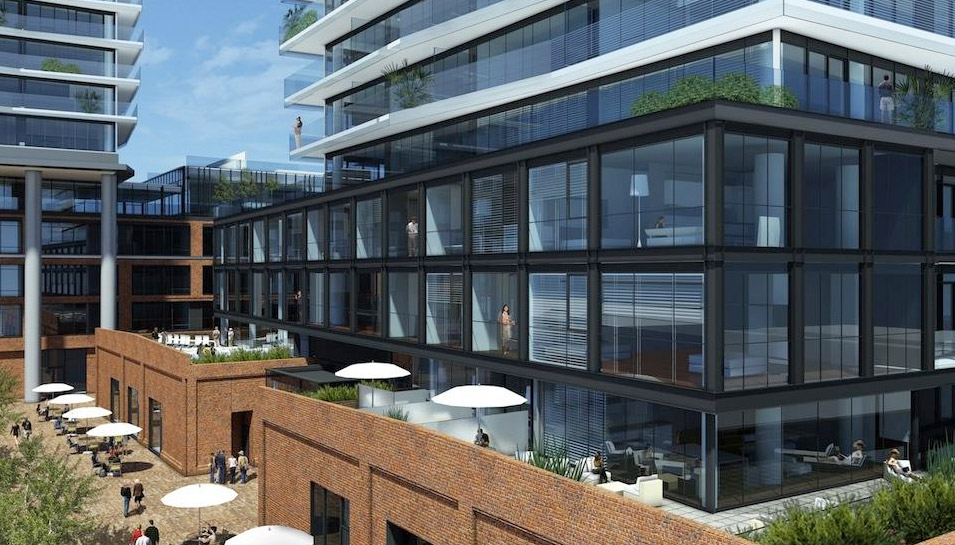 The first project was for two residential point towers of 37- and 40-storeys within the southeast portion of the Distillery District lands. The buildings incorporate significant portions of a historic rack house (used for aging spirits). The proposal also includes the development of a 3-storey commercial ribbon building along the southerly edge of the site adjacent to the rail corridor. The guiding principles of the development were to locate and mass the towers so as not to overwhelm the heritage area, and to adopt a modern architectural language which would complement the historic industrial buildings. The Official Plan Amendment and rezoning were approved in 2008 and the project is currently under construction.

The second project is for a 34-storey hotel and condominium development on the north edge of the Distillery District, incorporating another heritage rack house as the building’s podium. While interventions in the heritage façades are required to make the rack house functional as a hotel, the emphasis is on alterations that are respectful of the building and enhance rather than detract from its heritage character. The modern residential tower above incorporates corton steel to echo the colour of the heritage brick. The Official Plan Amendment and rezoning applications are currently being reviewed by the City Planning staff.